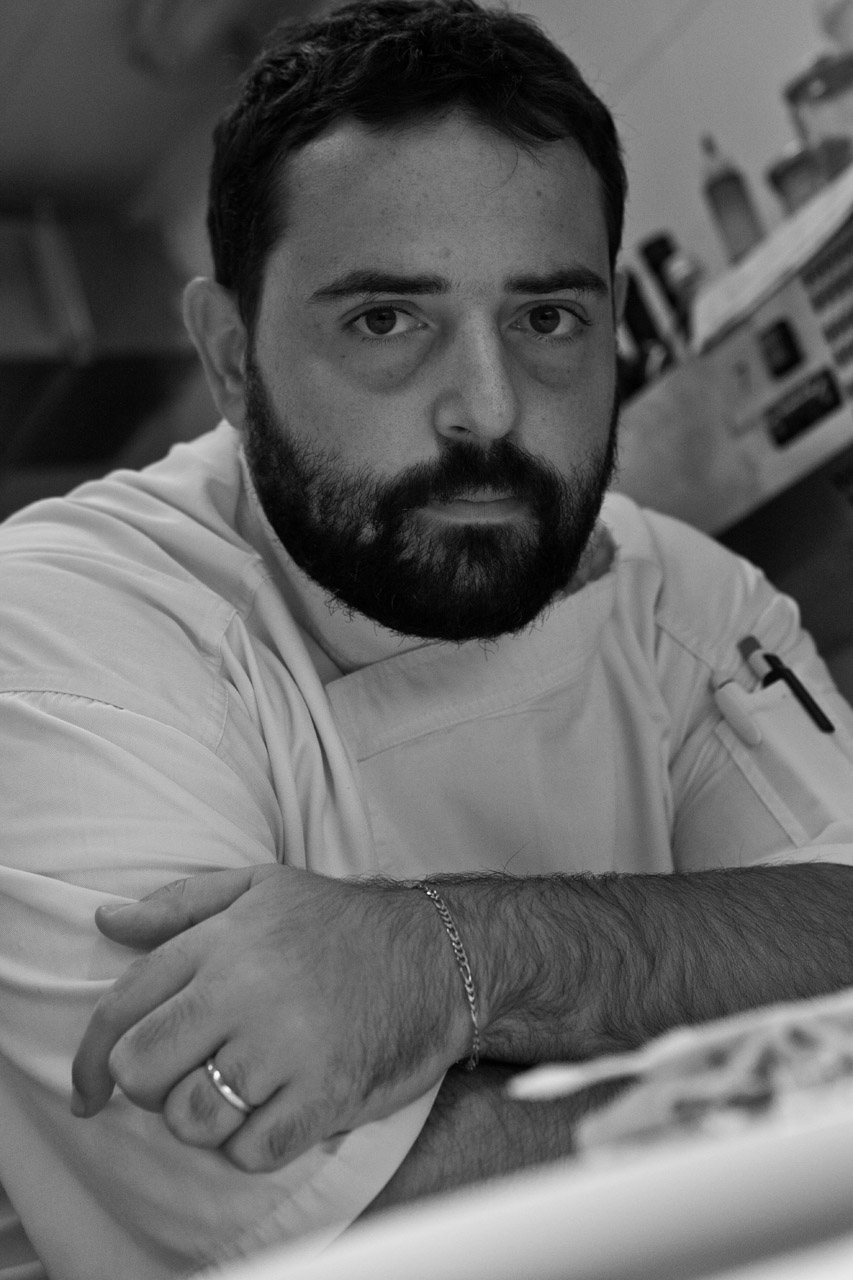 Giuseppe Mancino was born in Sarno (Salerno) in 1981 and attended the Hotel School of Salerno.

His first work experience was in a pizza restaurant in his home town as a pizza chef but, due to one too many mistakes, he was moved from the wood-fire oven to the kitchen. This experience was crucial for the future of Chef Mancino because thanks to excellent teachers he learnt the basics of true traditional Italian cuisine.

After a few years, in 1997, he moved to the Grand Hotel Baglioni in Florence where he got his first taste of an international haute cuisine and acquired a new approach to the art of gourmet cooking.

From 1998 to 2001, he lived on the Etruscan Coast in San Vincenzo where he worked as a chef de partie at the Park Hotel I Lecci, an elegant seaside resort.

During this period, he formed an important friendship with the Michelin-starred Chef Rocco Iannone who would introduce him to the world of master chefs.

In 2001, Giuseppe Mancino worked for the first time in a restaurant that would soon gain a Michelin star, Il Sogno di Angelo in La Spezia, with Chef Davide Raschi.

The relationship with Raschi, as well as the one with Iannone, would prove be decisive for Mancino’s career. Thanks to him, he would, in fact, be offered the opportunity to join Alain Ducasse’s team at Louis XV in the Principality of Monaco, where he developed skills in creating a gourmet menu and a greater sensitivity to the nuances of taste and majesty of the dishes.

This was followed in 2002 by another Michelin-star experience in Rocco Iannone’s kitchen at the Capo d’Orso Lighthouse on the Amalfi Coast and in 2003, and by the enlightening encounter with Gualtiero Marchesi at the Albereta where Mancino worked as a chef de partie.

He was particularly influenced by the inspiration and lightness of Marchesi’s creations.

In 2005, he arrived at the kitchen of the Piccolo Principe of the Grand Hotel Principe di Piemonte and immediately made a name for himself with his determination and excellence; because under his guidance, the restaurant would become the first one in a hotel in Versilia to acquire a Michelin star in 2008 and also to welcome outside guests.

This is just one of the many awards obtained at the helm of the Piccolo Principe, including the second star in 2014, the inclusion with an excellent score in the most prestigious guides and the”3 forks” classification in the Gambero Rosso 2021 Italian Restaurant Guide.

This last long-term experience is the most significant, a source of profound professional growth thanks, in particular, to the continuity that allows him to develop and create important projects over time that lead to prestigious results.

The style of Chef Mancino has changed over time from a cuisine with a strong and traditional taste to more refined, light, harmonious creations thanks also to the fusion influence acquired during several trips to Asia and, in particular, to China.

In recent years, he has undertaken to revisit the local cuisine and offer unique, one-of-a-kind dishes.

Giuseppe Mancino is currently in the annals of Italian and international Chefs; indeed, he is involved in several important gastronomic events including the annual Celebrity Chef at Forte Village, but he also humbly takes care of the most vulnerable to whom he has dedicated numerous charitable initiatives, especially during the pandemic, in collaboration with Caritas and other associations operating in the voluntary sector.